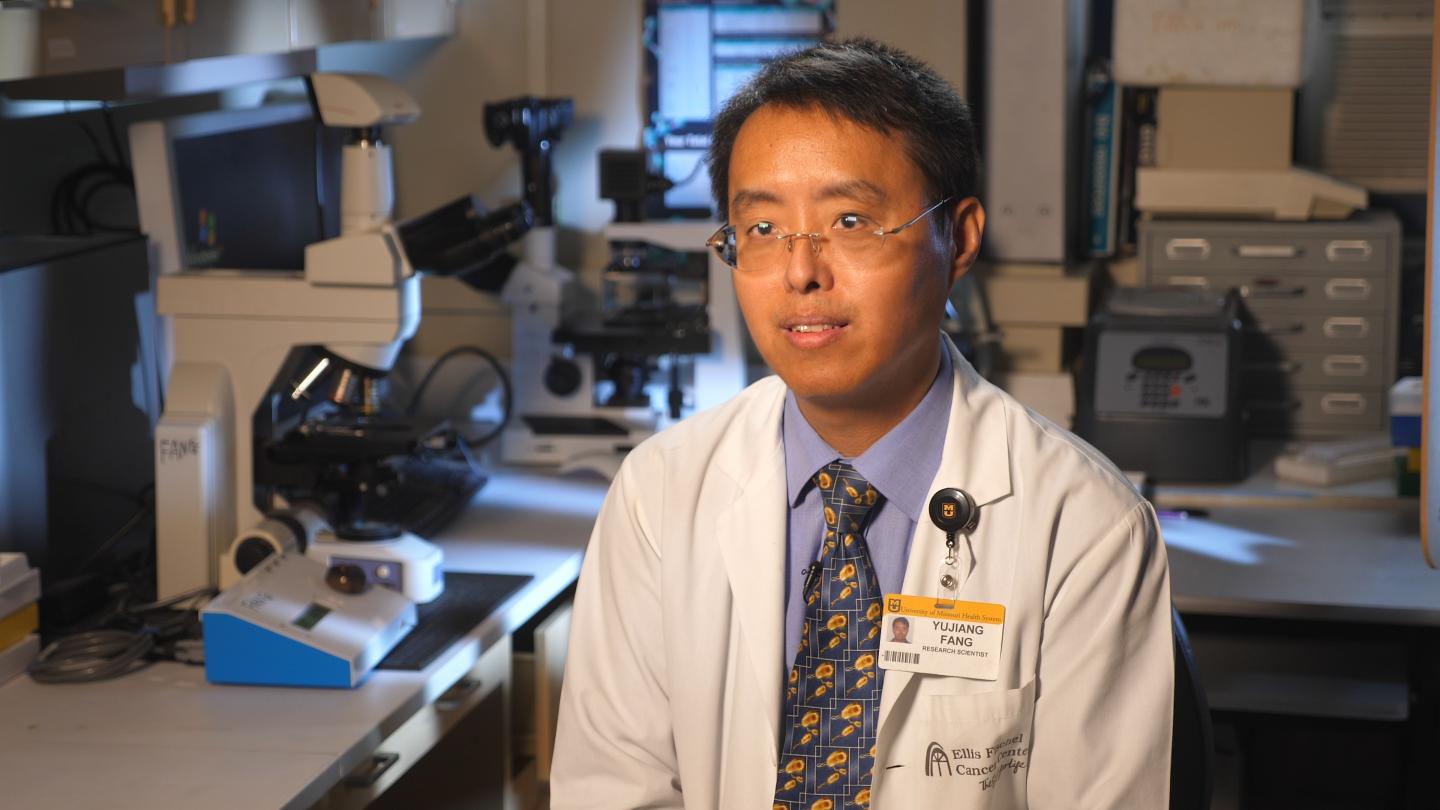 Each year about 12,000 women in the U.S. are diagnosed with cervical cancer, which is typically treated with radiation. It kills the cancer cells but also damages nearby healthy cells as well.

One of the most common treatments for cervical cancer is radiation. While radiation therapy destroys cancer cells, it also destroys nearby healthy cells. Researchers at the University of Missouri School of Medicine researchers have now found in lab experiments that adding blueberry extract to radiation makes the treatment more effective.

“For some cancers, such as late-stage cervical cancer, radiation is a good treatment option,” said Yujiang Fang, M.D. “However, collateral damage to healthy cells always occurs. Based on previous research, we studied blueberry extract to verify it could be used as a radiosensitizer.”

Radiosensitizers are non-toxic chemicals that make cancer cells more responsive to radiation therapy. In a previous study, Fang and his research team showed that resveratrol, a compound in red grapes, could be used as a radiosensitizer for treating prostate cancer. Blueberries also contain resveratrol.

“In addition to resveratrol, blueberries also contain flavonoids,” said Fang, who also has appointments as an academic pathologist and assistant professor of microbiology and immunology at Des Moines University in Iowa. “Flavonoids are chemicals that may have antioxidant, anti-inflammatory and antibacterial properties.”

“Our team used three different measures to confirm results of the study,” Fang said. “Radiation decreased cancer cells by approximately 20 percent. Interestingly, the cell group that received only blueberry extract had a 25 percent decrease in cancer. However, the biggest decline in cancer cells occurred in the radiation and extract group, with a decrease of about 70 percent.”

Fang explained that the mechanism that makes blueberry extract a radiosensitizer also reduces the abnormal explosion of cell growth — which is what cancer is.

“Cancer cells avoid death by remodeling themselves,” Fang said. “Along with reducing cell proliferation, the extract also ‘tricks’ cancer cells into dying. So it inhibits the birth and promotes the death of cancer cells.”

Fang said an animal study is the next step to confirm that his team can achieve the same results.

“Blueberries are very common and found all over the world,” Fang said. “They are readily accessible and inexpensive. As a natural treatment option for boosting the effectiveness of existing therapies, I feel they would be enthusiastically accepted.”